DOUGLAS BALMAIN
Bringing Beaver Back
As I walk through our arid Western landscapes, I try to imagine how the land might have looked prior to European influence. It would be unrecognizable in comparison to the land as we now know it. How wondrous it would be to see this continent’s wild ecosystems as they had evolved to be. Beaver in every drainage, 60 million bison fertilizing the grasslands, old-growth forest networks, grizzlies and elk in the lowlands, abundant plant and species diversity: Balance and Abundance.
“It’s estimated that 400 million [beaver] lived on the continent. That breaks down to between 5 and 30 beaver for every kilometer of stream or river on the continent.” [1]
The wholesale slaughter of beaver began in the 16th century when European explorers arrived and entered into trade relations with Indigenous tribes. The Eurasian beaver population had already been decimated in most of the U.K. and European countries. When the colonial-explorers learned of the continent's dense population of North American beaver, the species was immediately targeted by extractive foreign industries. The European perfume industry wanted the castoreum from the beaver's scent glands and the fashion industry wanted their pelts, primarily for high-fashion beaver hats.
Not only did the beaver-hat fashion trend nearly extinct the North American beaver, the influence of Western greed and ownership that fueled the frenzied eradication of their species poisoned the whole of the American interior. New competition amongst the Indigenous peoples, ignited by false European-Native alliances and trade pressures, led to the outbreak of intertribal war. The Beaver Wars marked the beginning of a period of war, conquest, genocide, and extraction that never ceased—but only continued on under new campaign names—until this land's native species, ecosystems, and Indigenous cultures were left in ruins.
Only in recent years—as we face relentless fires, persisting drought, desertification, and the wide scale depletion of our water tables—have we begun to look back earnestly on our impacts and assess our oversights.
Our modern agencies and scientific communities, both abroad and in the U.S., have finally begun to take beaver and their significance as eco-engineers seriously. The past few years have seen a resurgence of scientific studies, public documentaries, and recovery-plans all revolving around the critical work that beavers do for this land’s ecosystems and water tables.
The most beautiful part of this modern recovery effort is that it is not a technological plan. Beaver science is intuitive science. It’s the science of humbling one’s self and learning from a “rodent” that’s been quietly guiding and teaching us all along.
“You’re not going to find restoration practitioners who will literally work 24/7 365 days a year. Beaver just do it. They’ll help us, but we’ve screwed things up so badly that now they can’t quite do it on their own without us kind of setting the stage for them a little bit through restoration actions.” [1]
​
We all have the ability to contribute to the recovery of our environment in our own ways. Whether it be volunteering to help with boots-on-the-ground reclamation efforts such as beaver dam analog (BDA) projects, engaging in local policy and politics, sharing and distributing pertinent information, contributing funds to beaver recovery and relocation programs, or extra-legally damming your local watersheds and learning-as-you-go (make use of this reference) there's something each of us can do.
​ 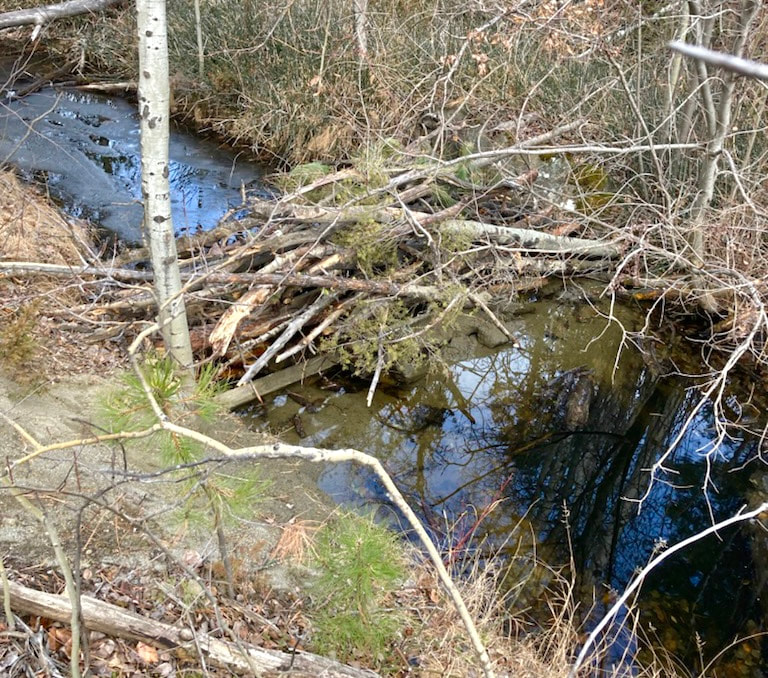